Get on the road sooner – Financing a car and supportive shod running (WTF?!)

Was passing by Ford dealership at Brookvale the other day and saw their Ad: Get on the road sooner, Ford Finance. What does it have to do with running? Surprisingly it does a lot.

The benefit of financing a car is you can drive away your dream car without having the money in your bank account. As long as you can afford repaying the principal and the interest you should be fine. The downside of financing is the interest of course. The reason some people finance cars is its affordability, so they choose the immediate comfort over the hardship of saving, budgeting and the initial delay to have a car.

How does it relate to running? Remember I said before (like here: successful-runners vs good runners) that Shoes do not make you a good runner, they just help you get into running more quickly ? Car financing does the same thing. You need a car right now, like you just have decided to get into running because you are getting married in 6 months time, or you just picked up a goal to run in a race which is usually not too far in future. You do not have time to learn how to run properly. The only thing you want to think of is to achieve your goal. The damage you cause is you run inefficiently, you may overtax your lower legs, you may put too much pressure on your knees, Achilles tendon, or plantar fascia, etc, at your training. That is the resemblance of the interest paid at financing.

What I have to offer is how to run with less amount of effort. First of all, you have to slow down and be patient. You have to stop what you are doing for a full-check up to see if you need to revise the way you run or not.

There are many micro and macro movements in feet that are affected by shoes. As I explained in The Most Natural Sport , one should learn how to run with minimal amount of effort and the best framework to practice it is to have minimal support from shoes, or even in bare feet. Once you master that, your eyes will open to what is going on in the shoe market. You can choose the right shoes that can extend your bio-mechanical abilities and do not manipulate the way you naturally run. Am not being cynical here but shoe industry like car industry want you to buy their products as frequently as possible. Easy car finance prevents your attempt to learn how to budget and save. In the same way comfortable cushioned shoes would make you not bother how to run efficiently because it feels comfortable to run in supportive shoes and you can start getting fit forthwith. If you learn to run in pose, which takes a little patience, you will be independent on shoes thereafter. You will develop strength in your feet/legs (gold) as opposed to buying incomplete strength off the shelf (bronze at max!).

Do you get the picture now? 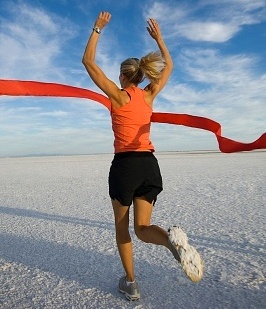 There are successful entrepreneurs who, by high correlation, are financially successful too, but are all of them good ones? For example what about those whose product-lines generate too much green-house gases, or those who try to get away with oil spills in the ocean? Do you still call them good entrepreneurs?

The scope of damage is different at running. It is limited to the individual and is actually self-damage if there is any wrong practice but it is somehow similar to the entrepreneur’s case by adjusting the scopes and making some assumptions too meaning if every individual is a planet, they can be successful in achieving their goals but they might use their resources too much. They have to make sure their training regimen is a sustainable one.

A good runner is in fact like a responsible person on a planet who follows the guidelines to avoid harming the planet while striving to achieve his or her goals. Growth with care.

To name a few of these guidelines in such a short blog post:

The one am going to discuss here is average Ground Contact Time and its relation to Pose Method of Running.

Ground Contact Time, as the name self-explains, is the amount of time each foot spends on the ground at each stride. There is a consensus in the running community that the lower this value the better. The reason is, travelling in the air is the fastest phase of a stride life time compared to the contact with the ground which is the braking time; landing is inevitable of course and it wastes energy but the less we spend time at it the better. The faster the next stride occurs the faster we move.

I searched online today to see whether or not GCT has any specific green zone range. I found a few websites that came up with some values and also highlighted how important it is to decrease GCT. What I pursued further was to find solutions on how to improve it.

All of these websites I found stated the key success factor of gaining speed in regards to GCT which is to spend more time in air than on the ground. That is totally correct but could not find many coming up with a proper solution that I could agree with. For instance this one, Lumo, http://www.lumobodytech.com/is-your-ground-contact-time-slowing-you-down/ says:

with a forceful push-off off the ground you can launch your body forward and travel much farther with only gravity working against you.

In pose method, Push-off is waste of energy. First of all, it is not necessary. There is a free source of propulsive force instead of push-off. If you do not know what it is here you go: Gravity! Secondly, pushing-off the ground throws the runner upwards which contributes adversely to vertical oscillation because of its vertical component. The horizontal one generates speed and that is what makes many runners fall for this technique due to its simplicity. Last but not the least, regarding that phrase on gravity working against the runner, in pose method gravity works in favour of the runner most of the time not against.

Right after the above paragraph on Lumo comes this:

Another way to think about this is to visualize your foot absorbing ground impact on each step. When your foot hits the ground, your body experiences something called braking, which is the change in your horizontal velocity. In other words, each step you take temporarily slows you down until you push off of your foot again to propel your body forward to pick speed back up. Minimizing the amount of time spent on the ground on each step can help reduce your braking and help you improve your running speed.

There is an irony in this. How can someone minimize the amount of time on the ground while trying to maintain push-off as the source of propulsion? would not it need a longer/proper time on the ground to make an effective push-off?!

Unfortunately such trends are very common in the running community. In my opinion, their mistake lies in the very first assumption they have over the way they run: they think they know how to run. Based on that assumption they merely look for tips and tricks to gradually tweak their running techniques in hope of achieving higher speed and avoiding injury. It never occurs to them that the basics of their techniques are inefficient and also work against them in several ways.

Pose Method comes with a simple way of running that all these minimal GCT, proper Cadence, and minimal vertical oscillation, etc come out as by-products. As an instance for GCT, as discussed in my previous post, the source of propulsion in Pose running is gravitational torque. That means the standing leg should just be removed off the ground to let the travelling foot fall on the ground (under the hips). Removal of the standing leg can start to happen once the travelling foot passes around the standing leg’s knee. This process, which is called Pull, is done with hamstrings. Hamstrings pull feet upwards. During this move, feet are passive meaning they do not push off the ground or anything else. They leave the ground “dead” as per how I describe it for my clients.

At this method, the amount of time feet are on the ground is minimized in the way that they are only used for landing and once the job is done they depart the ground. Simple, is not it? Sounds so, but the hard part is to maintain the fall angle to make running constant falling. A pose runner has to make a pledge to herself/himself that falling forward is the only source of propulsive force. That means pushing-off the ground is cheating ;) The only two focal points for a pose runner are: fall and pull.

Switching to pose should be normally done during off season or when you are not in apprehension of falling behind your plans for a race. Adopting coordination takes a some time (subject to adaptability of runners) which usually slows down runners in the interim until they get the hangs of it to start building up within the framework to achieve their usual pace and distance and hopefully going beyond their previous boundaries by practicing more in pose.