I always heard from those who tried trail running that they fell in love with it at the first sight. This time I gave it a go at Bare Creek Trail Run on Sunday 10 Nov 2019 and it was a great experience that I like to do again. I had run around Manly damn or other bushlands in Sydney Northern Beaches, but this time had more pleasure being accompanied by an enthusiastic crowd. 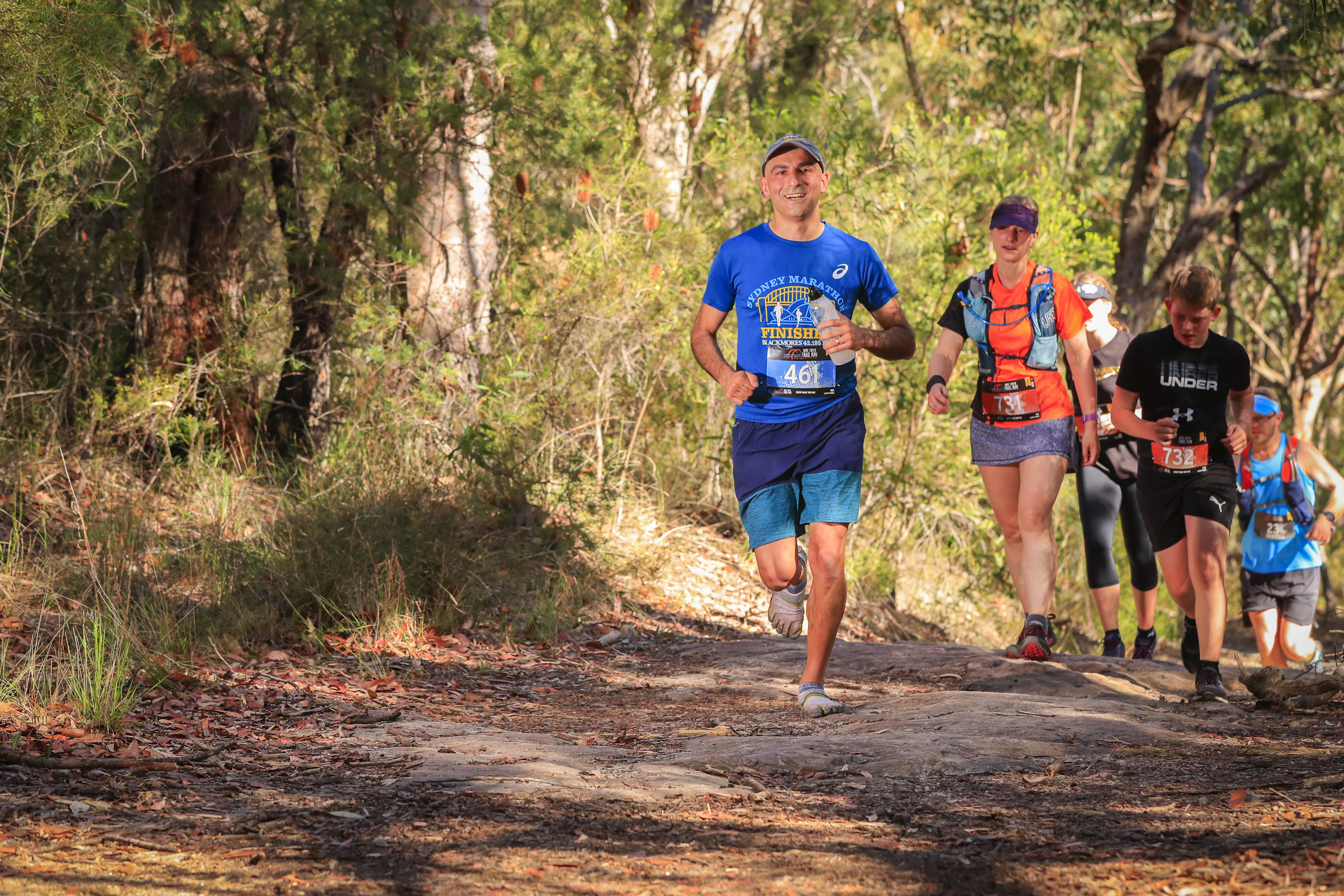 The question is, is Pose running also applicable to trail running? The answer is yes, but not at all parts.

In fact, we may have to deviate from Pose method at some stage but the goal is to get back to its correct routine as soon as you can. What interrupts you is the type of surface every now and then that would require you to jump or leap around something on the track (pushing off the ground is a running deviation in Pose method of running). Once it is over and you are onto a less bumpy surface you should get back to your Pose rhythm (fall forward and pull your feet towards your hips by lifting them off the ground).

Other principle of Pose running you can apply is to shorten strides at uphills and downhills, no matter how the surface is. If there is no need to jump over rocks or bumps, do no push off the ground and stick to your foot-lifting by hamstrings.

Side Notes on Minimalism

First of all, ProgressiveRunning is mainly about running techniques, prior to advocating minimalism. The way we run has a higher degree of importance than what we wear.

I ran this race, Bare Creek Trail Run, in a pair of a type of Vibram Five Fingers which is not for trail running. I still wore them because I knew the track would leave a mark on my better shoes so I decided to wear something to throw away after the race, a pair of old and shabby VFF. They perfectly did the job anyway, so adios fellows! thanks a lot for the journey! 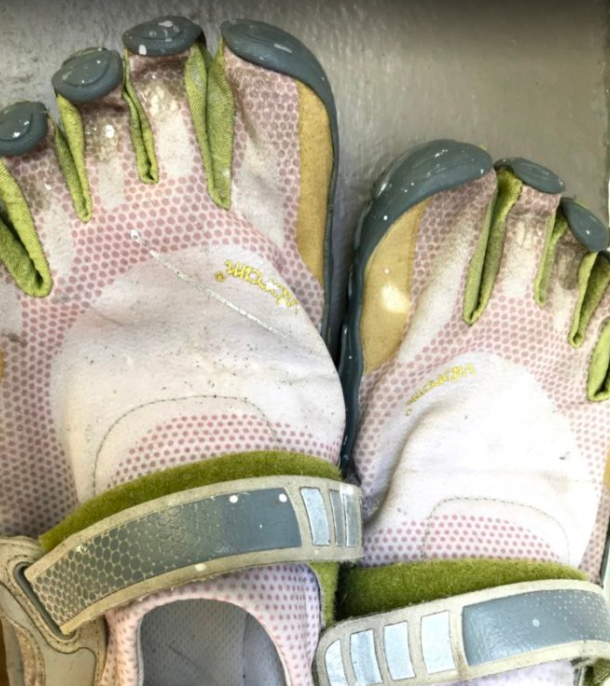 My notion of wearing minimalist shoes is I believe in “developing strength” as opposed to “buying it off the shelf“.

One interesting observation I had at the race was that my ankles rolled a few times as I slipped on some rocks but I had ZERO problem from that. In fact, my ankles just turned to an excessive angle but the ability in them – from running with no support by shoes – managed to tolerate the pressure and get back to their normal form.

Going minimalist is totally a personal choice, but I choose it for one reason that I am giong to explain now. My neighbour at where I live have an open trampoline and during this time we have been neighbours they have not had any incidents. Another friend of mine encourages parents to have open trampoline because it makes children adopt skills to be more agile and careful too. I am sure there are children somewhere in the world who have suffered from falling off open trampoline – and we can argue forever whether those children were experienced open-trampoliner or rookies who unsuccessfully experimented it – but the argument is that such children have the chance to develop extra skills on open trampolines from knowing there is no fence to guard them, whereas children playing in a guarded trampoline do not develop such abilities and from my own experience they actually bump to each other very often of which the statistical data may not appear anywhere. By this analogy similar concept applies to wearing minimalist shoes. I believe:

Running according to Pose Method of Running can still apply to trail running. The runner may commit running deviations (push off the ground or reaching forward) as they have to jump over uneven surfaces but once the track is steady runners can switch back to full routine of Pose method.