If you are a regular follower of my weblog you probably know what “running technique means, but if you are not, you might have heard the buzz phrase of “running technique correction” or the like. My question for you is, what is the reference to analyse somebody’s running technique? Without a reference one may only come up with a bunch of anecdotal tips heard here and there from “successful” runners, not necessarily “efficient” ones.

At any given context without a reference, you cannot analyse, criticize or evaluate anything correctly, or let say scientifically. So what is my reference for analysing running techniques? Yes, you know it, Pose Method of Running.

Here I am going to write down pretty much all major wrong doings at running raised by Pose Method. 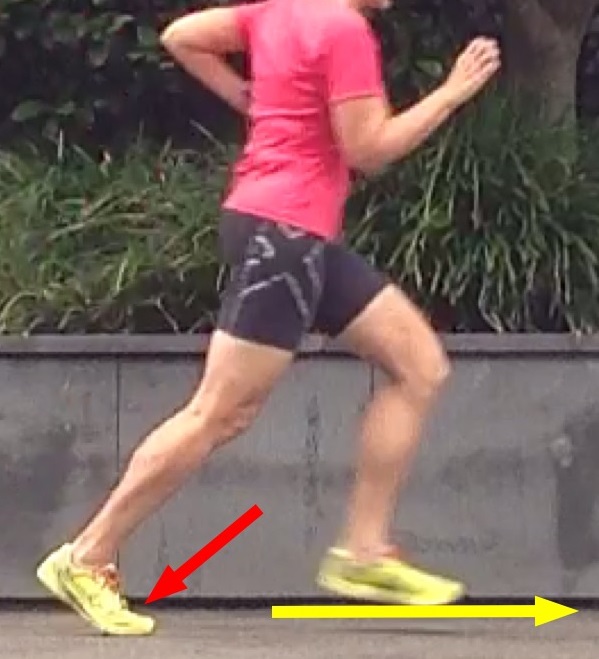 It is an unnecessary action mainly done by the lower leg to push the ground backwards for generating propulsion. The reason for being unnecessary is that the gravitational torque is enough to propel the runner forward. One way to spot it in slow motion video analysis is to check the direction of toes right after leaving the ground. Toes pointing straight down reveals it. Other way to identify it is to measure the change in the angle of the ankle joint before and after leaving the ground, the minimal the better. 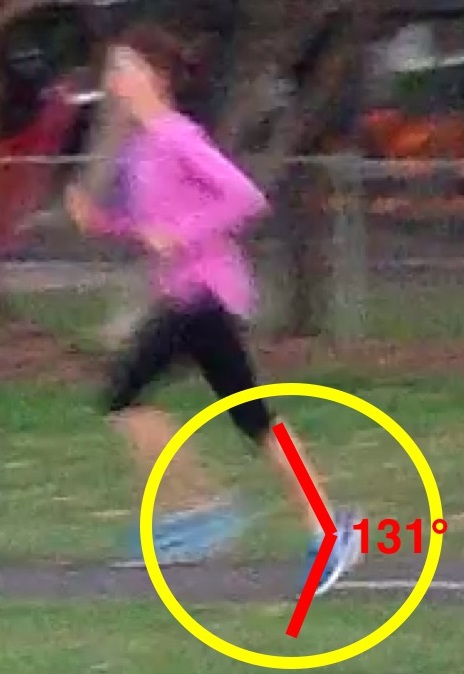 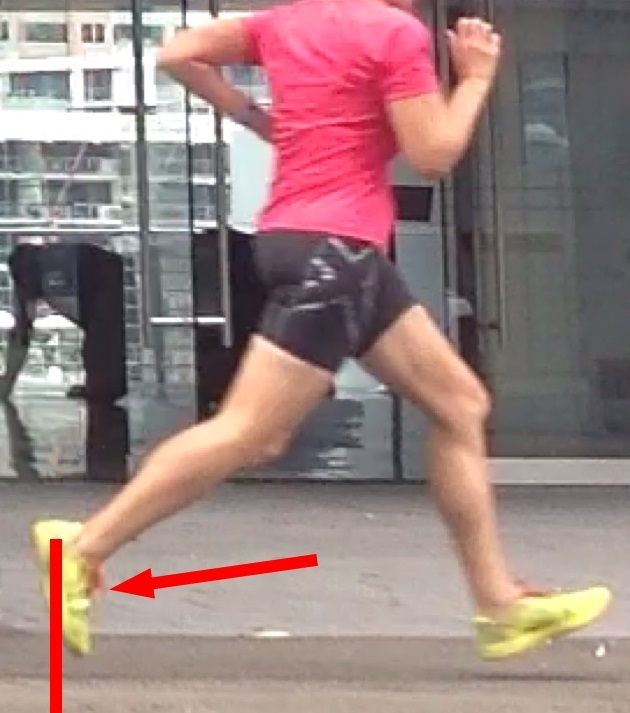 Pawback and Late Pull are usual siblings meaning usually runners hold the standing foot down for a strong push-off.

Is when the runner extends the landing foot forward, reaching a point in front, perhaps to make an elongated stride. Because it usually comes with landing ahead of the body it should not be mixed up with, they are separate things (landing ahead is discussed down this post). Also, most of the over-striders land on their heels first however rarely there are front-foot landers that over-stride.

To my own observation and understanding, over-striding is a reaction to exploit pawback/push-off. When there is push-off, one common way of getting the most benefit from this unnecessary action is to extend the legs for a longer stride.

You can tell over-striding when the shin is not pointing straight down around the landing time. The knee is extended a bit to get the foot to reach further away for an “elongated stride”. Note that the landing may be with front-foot, mid-foot or rear-foot, however in most cases it is with rear-foot first, aka heel-striking. It is further discussed in Active Landing. 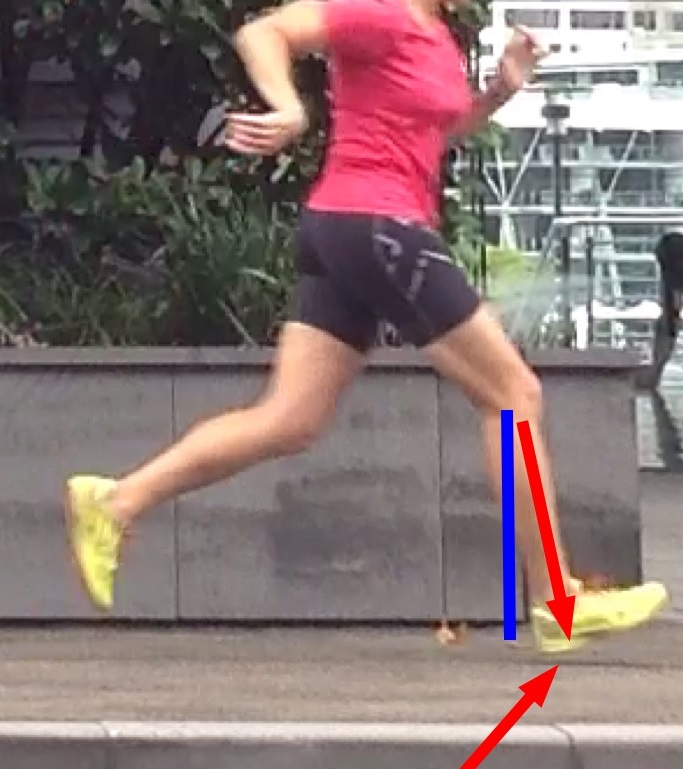 That is when the runner intentionally exposes a particular part of the foot to land first. It can be any part of the foot, but in barefoot or extreme minimalist running style it would be either front or rear, and in shod running there would also be mid-foot landing because shoes have mid-foot, whereas an actual foot has arch instead (no mid-foot concept in barefoot running). According to Pose Method of Running, runners should let the landing foot just fall, along with the whole body that is falling, to land underneath the hips, as if the landing detail is autonomously left to lower legs. In proper form the shin is vertical to the ground or the knee is above the ankle at landing time. 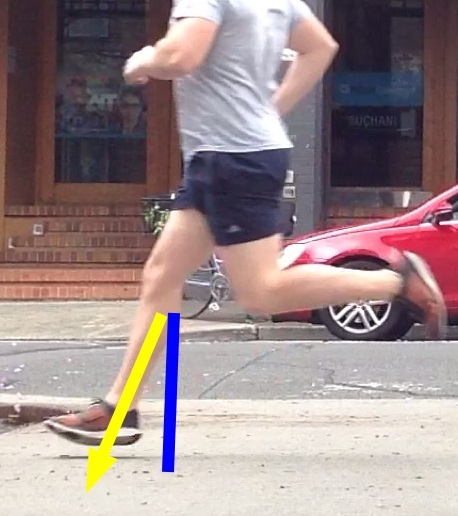 Landing ahead of the body 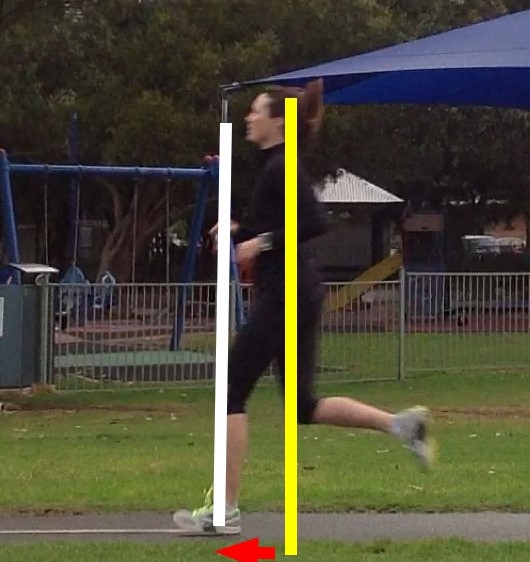 Landing ahead of the body is the usual sibling of over-striding but as above-mentioned, they are different things.

Trailing (the leg) Behind

Usually another consequence of pawback but generally it happens when the direction of pulling feet upwards is not towards the hips so that the leg trails behind the runner. In fact the runner’s focus is in front on where to land so the leg is left unattended trailing behind. It shifts some weights backwards so it negatively impacts the fall phase where energy is injected into the momentum. By moving feet towards hips the legs turnover would be faster. Pulling towards hips can be interpreted as “all runners should do is to fold unfold knees”. It is a buzzword about Pose runners that their knees are low. If knees stay down, feet would almost kick the bottom, do not they? 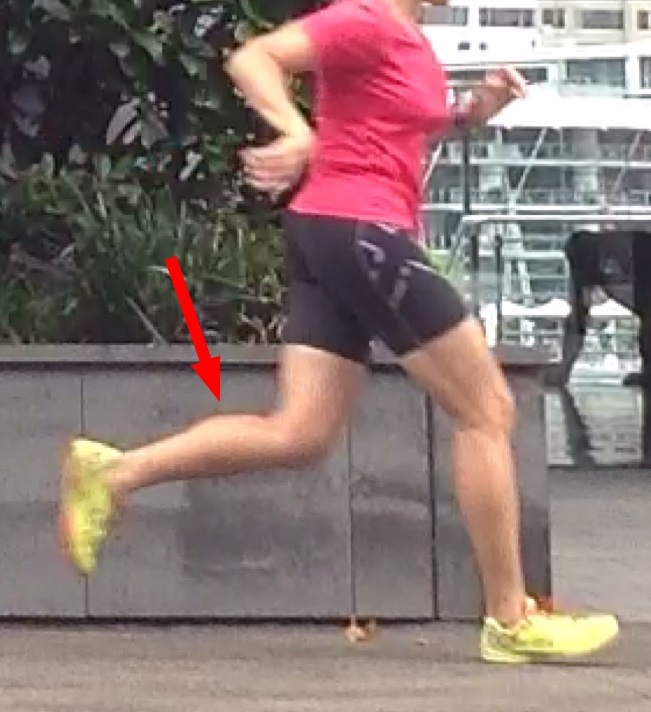 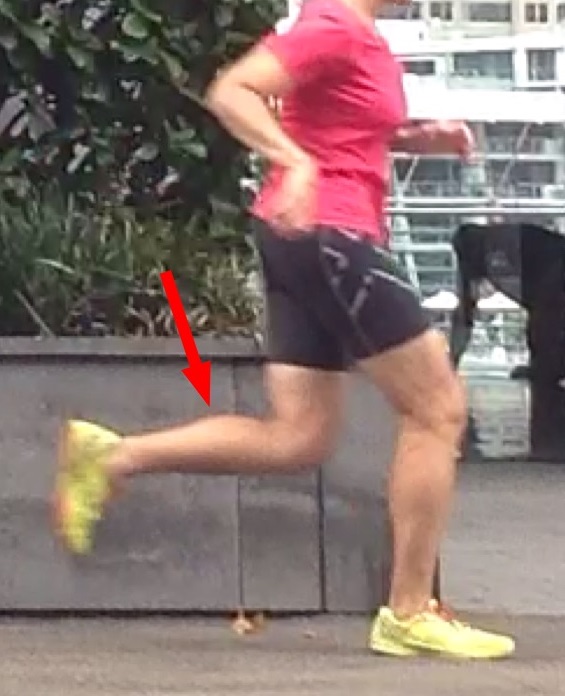 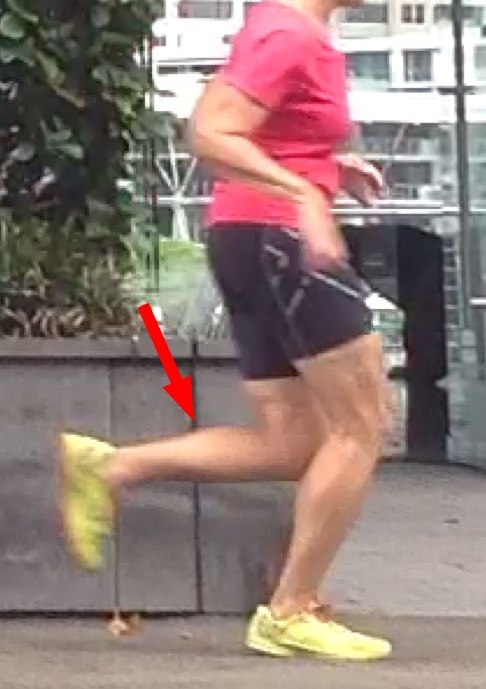 Another unnecessary movement although it generates a lot of energy and might come handy at occasions like a quick vigorous sprinting uphills. This movement is found inefficient especially at long distance running.

In Pose running knees tend to only fold and unfold. It feels like as if knees are pinned on the sides so they stay where they are to work like a hinge, merely lifting shins up and bring them back down. 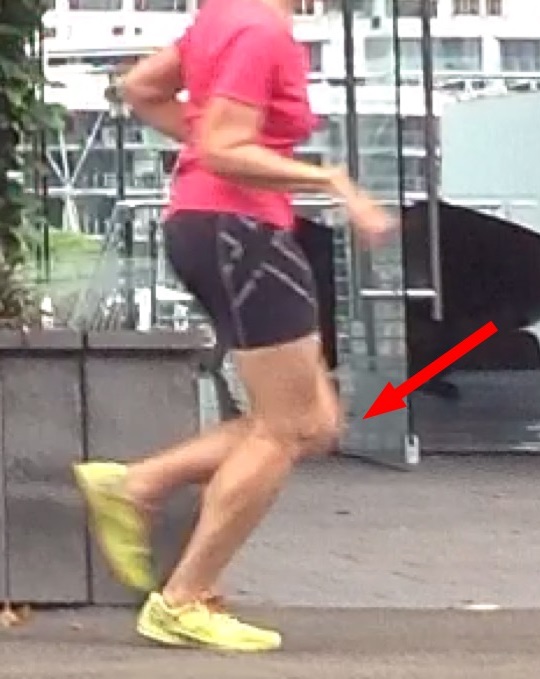 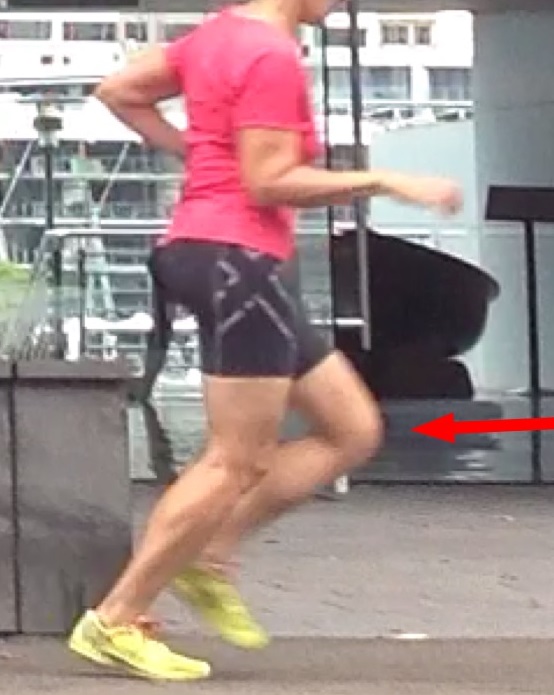 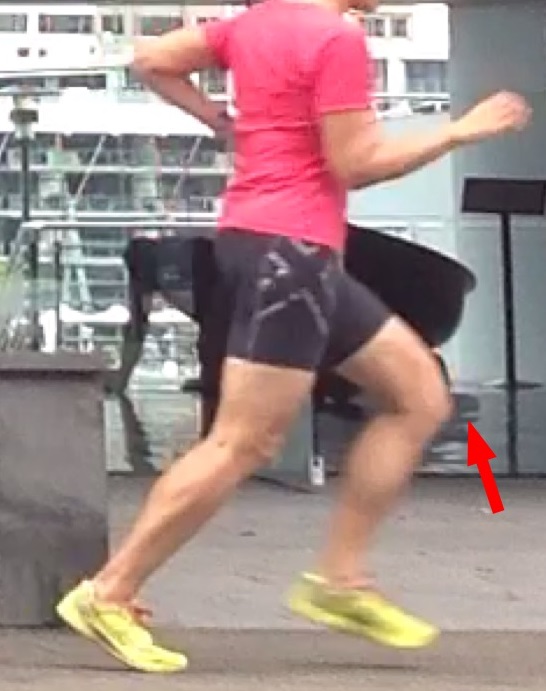 Driving the knee forward and a bit upwards too